Series to watch on Netflix

Before Netflix became more popular, I was a regular cinema kinda person. I would usually visit a fast food place, grab a meal and then go watch a movie by myself at the cinema. Other times I would buy some sweets at the local supermarket, hide them away in my jeans and jacket before I make my way into the cinema. Going to the cinema was therapeutical for me, a perfect escape from the busy world.

For those two or three hours of movie time, it would feel as I have forgotten all the problems of adulting. I remember the one year, it was my first time doing my driving test. I failed my test and straight after that I thought let me just go watch a movie to get over the trauma, I kid you not, I felt super better after that.

Ever since that time I haven’t been able to go to the cinema, luckily Netflix created a new way for me to escape life and find myself stuck in the moments of plots and series. When you watch a nice series it’s so difficult to control one’s self, you just want to see the next episode, until you check again and find that you have completed an entire 5 season series.

Finding a nice series to watch, is not always easy, especially if you a picky cinephile. There were times where I would rewind, fast forward through a movie/series before attempting to watch it. I need to make sure it’s something I will love watching.

I know it can be quite a process to check trailers and deciding whether something is worth watching or not, however, don’t worry I might save you some time, hopefully, my list below can inspire you.

If you love suspense and thrillers, this American thriller would keep you coming back for more. In the first season, we meet the main character, a New York bookstore manager who falls in love with a customer, Guinevere Beck, and quickly develops a toxic and delusional obsession. He wants her to himself, she learns to get out, however, it’s too late and he ends up killing her. In the second season, Joe moves to Los Angeles and falls in love with Love Quinn. This time he is trying to turn a clean slate and let go of his serial killer tendencies, however, he learns something shocking… In January 2020, the series was renewed for the third season by Netflix, which is set to release on October 15, 2021.

A heist crime drama packed with ongoing action, if you have watched Italian Job, Takers, you would love this series, the director in Money Heist took action to another level. The heists (Royal Mint of Spain and Bank of Spain) were let by the professor. In which he carefully plans the heist, every detail, from negotiating with the cops to escaping. He recruits 8 people who choose cities as code names. They successfully pull of the Royal Mint and in the process, the professor converts an inspector to join the team for their second heist (Bank of Spain). This series has won several international awards including the International Emmy Award for Best Drama Series.

If you have watched Breaking Bad before, you will find this series captivating as it shares a lot of the same elements. A family who is forced to move to the Lake of the Ozark, under strict instructions and supervision of the Mexican drug cartel. Marty, a financial advisor, needs to set up a bigger laundering operation in the Lake of Ozark as part of the plea to keep him alive after his other colleagues stole money from the cartel, in which they were killed for their actions. He is spared by the cartel, as long as he keeps his deal of making sure he set up a bigger laundering in the Ozark

An American superhero television series based on the DC comic character Supergirl, Kara, Superman’s cousin is forced to become National Cities protector, which reveals her powers to the world. She discovers that hundreds of the criminals that her mom (Alura) imprisoned are hiding on the earth. Kara works with her adoptive sister to fight these criminals. Each season just gets better and better, as we see supergirl having to learn many things about her powers, courage, and character development as she deals with these criminals, saving the earth from destruction.

The end of the F***ing World

A dark British- comedy-drama. We learn that James believes he is a psychopath, who has killed animals but now wants to graduate to killing his first human. Alyssa, an angry classmate, sees in James a chance to escape her tumultuous home life. The posh acting style brings out humor throughout the comedy. Both actors were praised for their performances. James who wanted to kill Alyssa as his first human target later falls in love with her as he goes along with her, waiting for the perfect moment to kill her, becomes her protector by killing the guy who wanted to kill her in the house they squad in while traveling to Alyssa’s father. 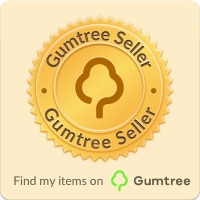